When we say “make thinking visible” or “visible thinking”, if you know the work of Harvard’s Project Zero (PZ), you may immediately consider “Visible Thinking Routines“.  Those routines were indeed developed as a flexible framework that makes thinking visible. But the term “visible thinking” is much more general and has been used in that way by PZ and by Ron Ritchhart himself n his book Make Thinking Visible:

“The central idea of Visible Thinking is very simple: making thinking visible. ..We learn best what we can see and hear … Thinking is pretty much invisible. …When thinking is visible in classrooms, students are in a position to be more metacognitive, to think about their thinking. .. Teachers benefit when they can see students’ thinking because misconceptions, prior knowledge, reasoning ability, and degrees of understanding are more likely to be uncovered. “ Why Make Thinking Visible, Project Zero

“Once teachers start noticing and naming thinking, that is, making it visible, they as well as their students become more aware of thinking …The visibility afforded by documentation provides the basis for reflecting on one’s learning and or considering that learning as an object for discussion. …“” –– Morrison, K., Church, M., Ritchhart, R. Make Thinking Visible. page 29, 37-40

The idea of visible thinking as learning best what we hear and see is connected to brain research which indicates that using both sides of the brain leads to more creativity and critical thinking. That means visual documentation of thinking supporting discussion as it is now suggested by the IB Extended Essay. 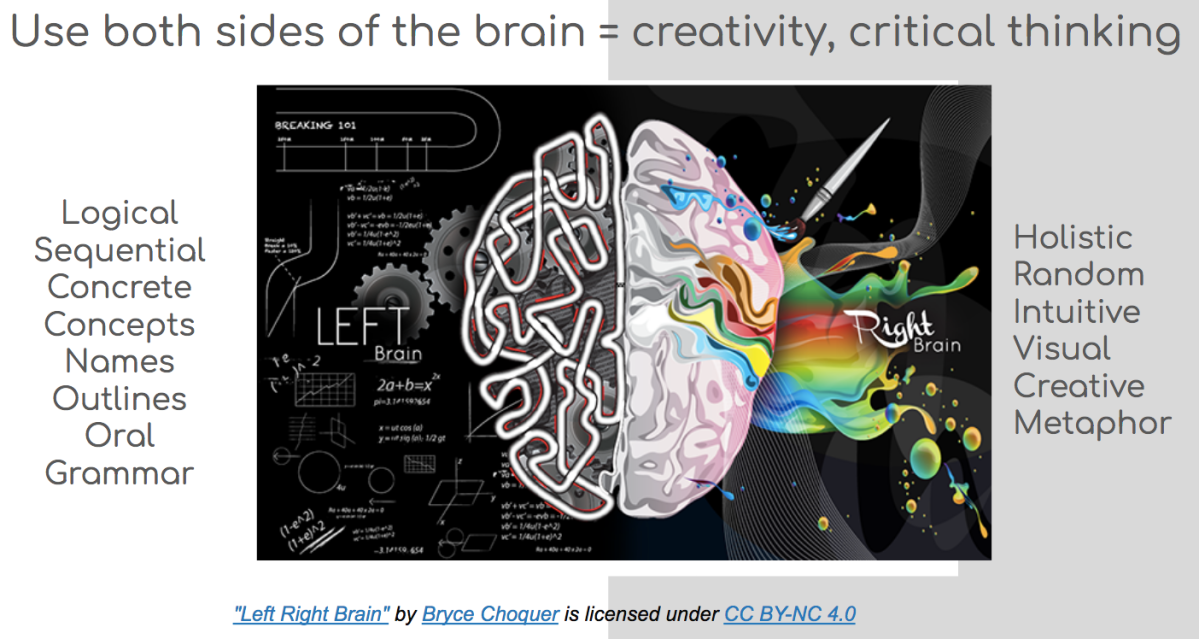 During an Extended Essay Learning Lab focused on a discussion of the student research topic, we used the term “visible thinking” to indicate documentation, organization, and connection of student’s ideas so both sides of the brain could be used. This Lab happened on the 1st formal reflection meeting with the supervisor, required by the IB, which is already suggesting that students document their thinking in the Researcher’s Reflection Space (RRS). IB also suggests the use of graphic organizers like The Lotus, to generate ideas around the topic of interest and serve as a starting point for student-supervisor discussion.

With this idea of documenting and organizing student thinking, we had two Labs where the teachers used different approaches. You will see a 15 min annotated video of each Lab below, with a quick explanation. Even though these were high-level Extended Essays, the visible thinking principles behind those can be used at any grade level, considering age-appropriate adaptations. If students themselves take ownership of strategies like these, then they can be more metacognitive and therefore autonomous deep thinkers.

The title of this section (Generating, Sorting, Connecting and Elaborating) is a thinking routine from project Zero based on concept mapping. The terms in the thinking routine basically identify and sequence the steps necessary to develop and use a good concept map.  In the video below you can see the teacher, Mr. Deffanti, guide the student in this type of visible thinking process. Even though the teacher did not use those terms, you can recognize the steps of helping the student generate ideas, organize those, make connections and elaborate by expanding the thinking.

The teacher-student conversation is in Portuguese, but the keywords and annotations are all in English, so it is possible to understand what is happening. The student topic is the impact of speech, used in the media, on the development of a different type of masculinity. The teacher guides the student in narrowing down the topic media/masculinity and how language/speech play a role in that focus.

In this Lab, Mr. Hardwicke, who is an experienced TOK teacher,  used the Theory of Knowledge Framework as a form of “graphic organizer”. The TOK Framework supported documentation and organization of the student topic of interest and his previous knowledge. Then it also supported an extension of the student thinking towards a possible research question.

The conversation and documentation is al in English. The student topic is around Japanese culture and its impact on decisions pre 1941 (Pearl Harbor attack).

Teaching and Learning in Action 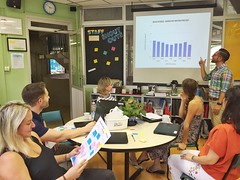 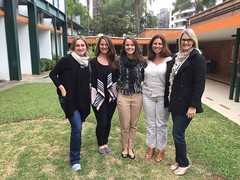